I have had great fun the last few days on twitter – becoming rather involved in a question about what can be made with crisp packets, what would you  recycle crisp packets into? Somehow that chat has morphed into the desire to research the question.. recycled crisp packet dress anyone?

Image courtesy of the Daily Mail

This is a fab design by Rebekah Kirkland. I’m not sure a dress is for everyone, Eau de fish & chip shop anyone??

On a more day to day basis here’s a round up of tutorials to inspire you to reuse the empty crisp packets which will appear over the christmas break .

Image Cut out and keep

Melt the crisp packet in the oven and convert into a key ring.

You can learn how to fold triangles here. I am guessing that you then melt the triangle in the oven and add earring fittings – I suspect thats a blog post waiting to be written:)

The tutorial teaches you how to weave folded crisp packets and create a bag.

Weave crisp packets together to create a sparkly bracelet.

Recycled crisp packets into a woven rubbish bin – I love the bright colours but am not sure I have the patience myself! 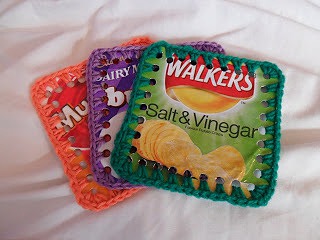 Transform them into funky pencil cases with this great tutorial. 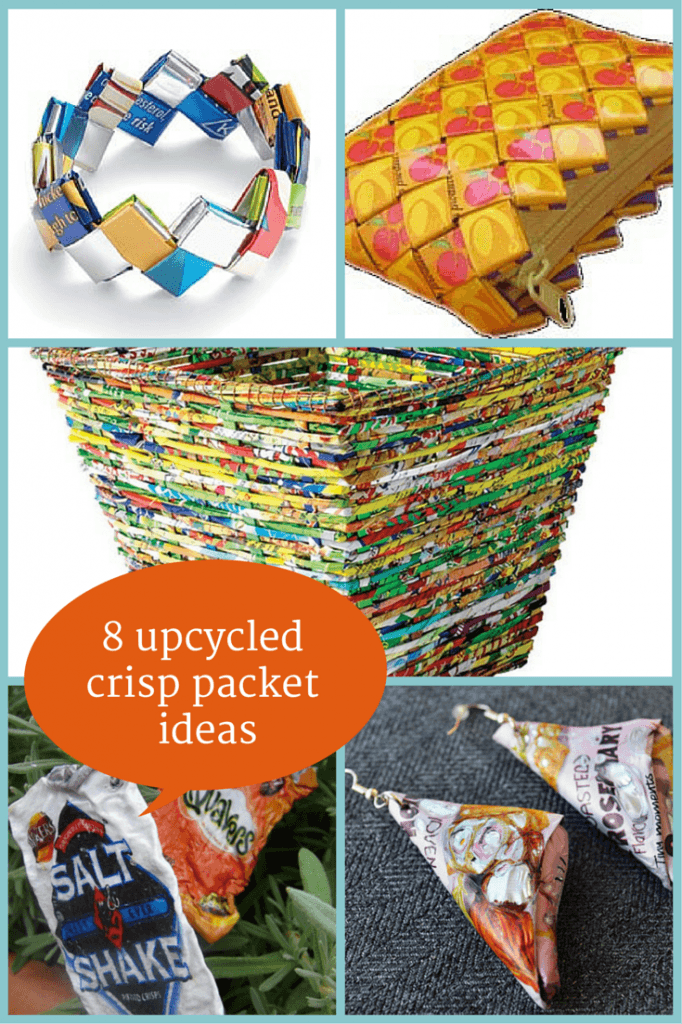 All I need to do now is eat some crisps – then I can try some of the projects out:)

Which is your favourite? What would you make?