Have you heard about Fesitval of Thrift? It sounds amazing – “The Festival shows you how reusing, recycling and up cycling can be fun, save you money and benefit the environment”.

With a packed program of events including demonstrations and workshops for all ages to get involved with, the Festival of Thrift aims to show people how to scrimp with style. The workshops sound great, I particularly like the sound of making  a cardboard smoker for making my own smoked fish. You can book tickets in advance on the website. 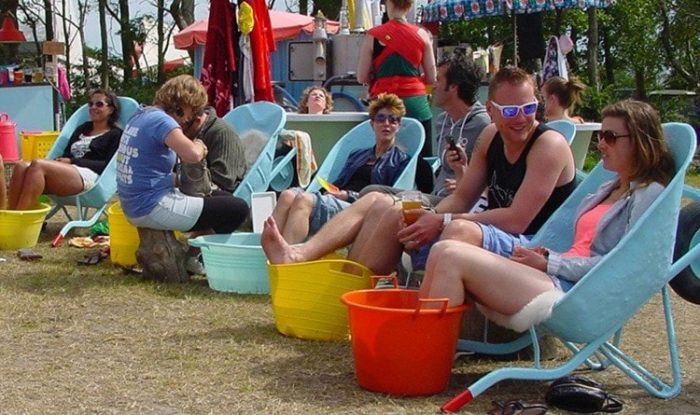 I have to admit I have never been as it’s just too far for the weekend, but I am present in spirit! So when I was approached to take part in a blog challenge to create a train station, engine or carriage out of cardboard I thought why not? This year the festival falls on the 190th anniversary of the first passenger steam train, hence the train theme.

As is often the case when hitting a blank wall re inspiration I decided to have a search on the internet re cardboard trains and stations… There are some amazing creations out their. For the serious model person I stumbled across an amazing site, I didn’t stay long as I would have felt defeated re my creation and time constraints!! 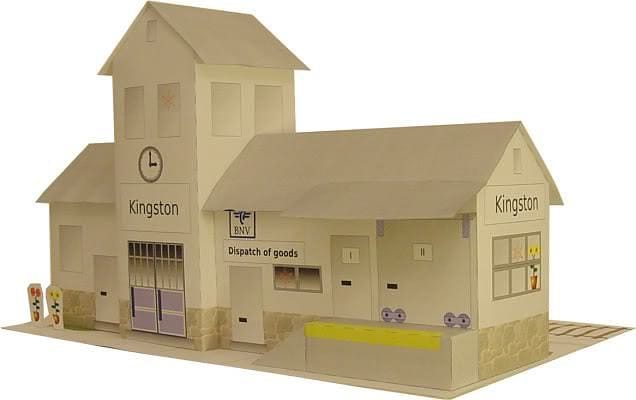 Next up a beautiful train with carriage and tunnel from ikat bag – this is gorgeous. I love the fairy lights in the tunnel. Plus an extremely handy tip re using a glue gun. 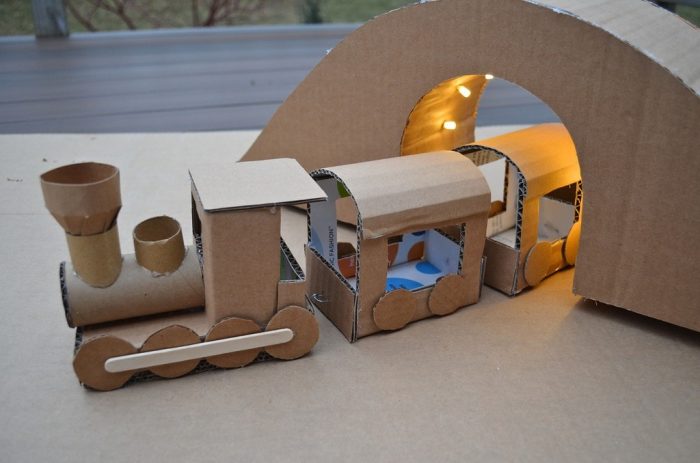 My creation is definitely on the simpler side..! I decided to use a train featured on the National Railway Museum website as my starting point. 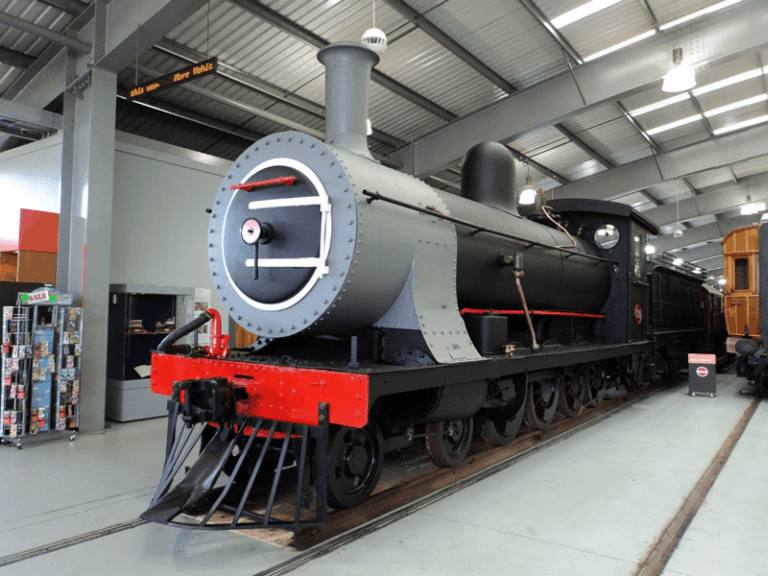 I had great fun making it using a cardboard box from a toilet seat, shoe box, scratched CD’s and inevitably a toilet roll! I used my neighbours newspaper from their recycling bin! 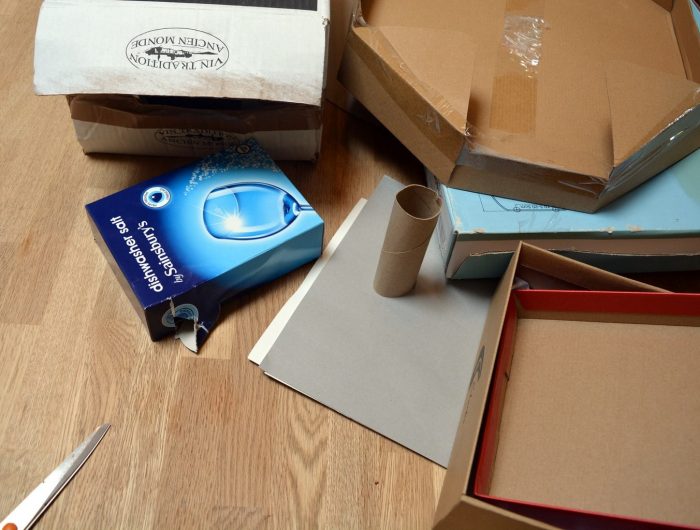 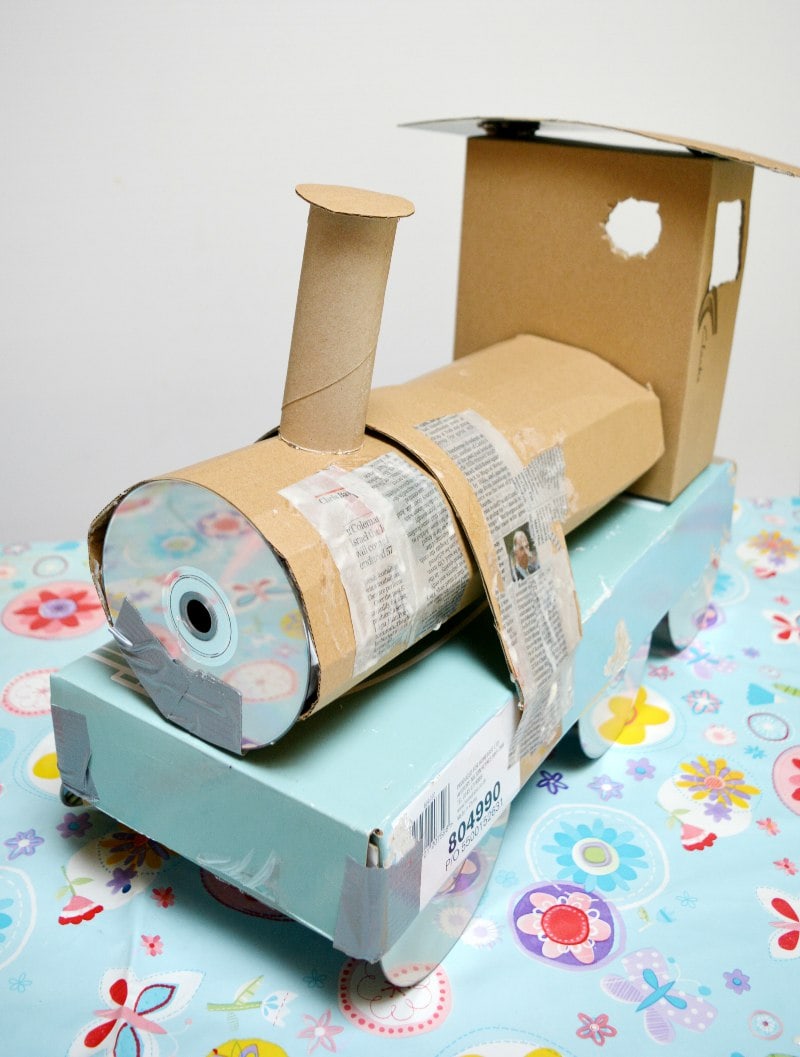 And then decided to add some cohesion with papier-mache newspaper. Thanks to my daughter for helping:)

If anyone had told me I would be making a train out of cardboard, childfree, on my sons first day at school I wouldn’t have believed them! The Festival of Thrift is on 26th and 27th September at Lingfield Point in Darlington. 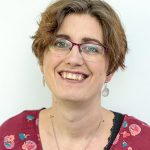